Present day water pipes are made with copper, brass, plastic, steel and other materials that are not toxic. Each type of pipe has a specific size and fitting that goes with it. This can make the work of a plumber quite complex as it is impossible to stock spares parts for all types of water pipes. Burst pipes as well as leaking water pipes can occur in many different places including in some instances under foundations or in floors made from concrete. Water damage resulting from water leaks can complicate a plumbing job. Water leaks can and do occur anywhere that pipes have been laid. 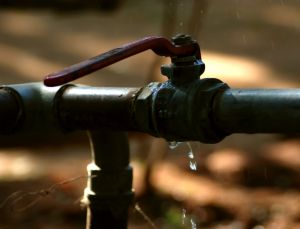 The methods used to repair burst pipes will differ depending on the type of leak. Sometimes water leaks are only picked up when there is a marked increase in a water bill. In these situations the source of the leaking water pipes and the water damage being caused may require the services of a qualified plumber. A plumbing service technician can find where the water pipes are damaged. In some cases a pipe may be rusted or if you notice discoloured water from a tap there could be a crack in you main water line.

Reasons for a leaking water pipe

Emergency measures for a burst or leaking water pipe

Permanent link to this article: http://lawsplumbing.co.za/leaking-water-pipes/